The No No Hair Removal tool is a promising device that offers an emerging alternative to shaving and hair removal products already on the market. Frequently advertised on television as well as online channels, you may already be familiar with the NoNo Hair Removal kit, but are possibly skeptical about its effectiveness and what jobs it is best equipped for.

The No No device is a home laser hair removal gadget that removes unwanted hair anywhere on the body by utilizing a heated coil that hovers above the skin. It features different attachments to best suit what area is being targeted, such as a wide tip for leg hair, or a smaller attachment for shaving the face and other sensitive areas. A buffer is also included to eliminate any prickly or rough feeling skin after the home procedure is complete.

The No No device is rechargeable and ensures many uses before having to be recharged. It shows an indicator of the battery level on an on-screen display so you will never be surprised to find that your device is drained when you need it most. The retail price of the “No!No! Pro” is about 250 dollars, which is only roughly the cost of three waxes from a professional salon.

Based on No No Hair Removal Testimonials, the customers that are most pleased with the tool report that it is best used for fuzzier, long unwanted hair. One individual seeking hair removal for men found the device to be extremely successful in removing the troublesome hair located on his face and neck. Using the No No Hair Removal Kit once a week, it keeps his face sleek and well-managed. Other men are pleased with the slight natural looking stubble the device creates when used on their face.

One of the biggest advantages the No No offers is that it is a painless alternative to traditional shaving. Since the coil never meets your skin, there’s no worry of being burnt or cut. Many struggle with other shaving devices offered on the market, but with the No No device, that is a concern that does not need to be considered. It also needs to be used much less frequently than traditional shaving products and is much faster than any kind of professional laser removal at a fraction of the price. 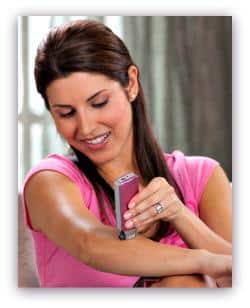 A common complaint with the No No Hair Removal Kit versus other permanent hair removal products is that the hair does, in fact, come back regardless of what the claims say on the advertisements. However, many fail to read the directions included with the kit, that instructs users to remain persistent for 3 months, and evaluate your results then.

One woman claimed to have used the No No Hair removal kit for up to two and a half months and still was not seeing permanent results, but at the three-month mark, she could not believe that the troublesome hair slowed in growth by a drastic amount. Others claim that the results were not seen for as long as 12 months, but eventually they found success.

Another issue some people are having is dealing with the smell that is produced from the No No tool when used incorrectly. It is important to keep a watchful eye on the red light displayed on-screen that glows if you are not using the device at the correct angle, which can lead to hair burning, and produces an undesirable smell. However, when used correctly, this problem can be avoided entirely. The No No Hair tool should be kept at a 90-degree angle and slide over the skin effortlessly.

The longer the device is used for hair removal the more effective it gets in lessening or halting the growth of undesirable hair and is back by substantial reviews saying it is more effective than other permanent hair removal products they have used in the past.

Is the NoNo Right for You?

The No No Hair Removal kit is the best solution for lighter colored, less course haired individuals. Very thick dark hair customers may run into the issue that the process will take longer to complete, which could be tedious to some, and also will go through replacement blades more rapidly than the average user.

The most satisfied customers are typically men using the No No on their face and neck, or woman using the device to remove unwanted arm hair or other thinner hair located around the body. The customers that report back with the most negative feedback are usually not satisfied with its performance on thick hair, such as on the legs, however, some say that it works for their legs as well. It depends on the individual’s accuracy and frequency of using the permanent hair removal product.

The No No Hair removal kit can be purchased from authorized retailers such as Walgreens and HSN. It is suggested that interested individuals purchase the product from one of these retailers to verify you maintain your 60-Day Trial and Refund Guarantee. Others suggest avoiding online retailers and making your purchase through an As Seen on TV store generally located in malls or clinics that offers the product so you can be shown how to properly use your new permanent hair removal product, and typically offer promotional deals like free cream to help aid hair removal, and extra blade and buffer replacements.

Deciding if the No No Hair removal kit is the correct solution for you requires some research and awareness of what specific problem you are looking to solve. Many individuals experience very positive results with the device, but if you are someone who struggles with very thick or dark hair in troublesome places, you may be disappointed by the results that the kit offers. Men looking for an alternative for shaving their face or woman trying to solve the problem of lessening arm hair or keeping their bikini line smooth will be much more pleased.

Understanding the pros and cons of the No No device is the first step to consider when deciding if it’s the right move when searching for home laser hair removal solutions. 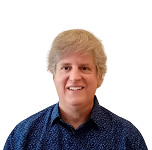